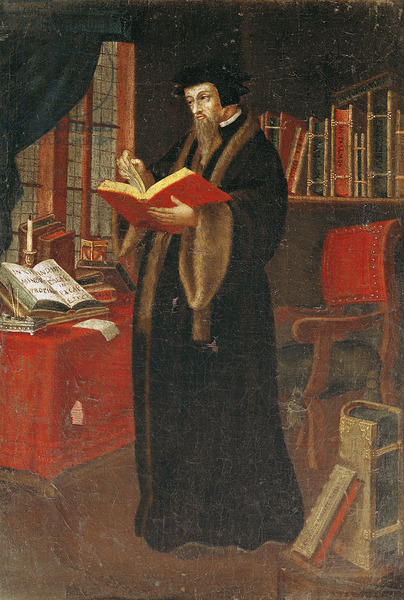 Calvin preached from the New Testament on Lord’s Day mornings, the Psalms on Lord’s Day afternoons, and the Old Testament at 6 a.m. on one or two weekdays. Following this schedule during his last period of ministry in Geneva from 1541 to 1564, Calvin preached nearly four thousand sermons, more than 170 a year. On his deathbed, he spoke of his preaching as more important than his writings. – Reformed Preaching, 113

This quote illustrates just one aspect of the prolific preaching of John Calvin. But what I find even more phenomenal about his heritage of exposition is the method in which he preached. It seems Calvin most often preached extemporaneously without notes (which means he prepared his sermon and then preached out of the time he had, with little or no notes beyond the text of Scripture. As the book Reformed Preaching points out, this method of preaching is precisely why there are such a large library of his writing and yet so few records remain of Calvin’s sermons. He preached nearly all the sermons through his impeccable memory. Imagine reciting from memory 4 or 5 sitcom episodes every week, which are each about the length of a standard sermon preached by Calvin. That’s 4 or 5 articulate, applicable, biblical sermons every week…from memory.

As a consistently aspiring extemporaneously note-less preacher, I am in awe of Calvin’s preaching. And this is just one of the reasons.