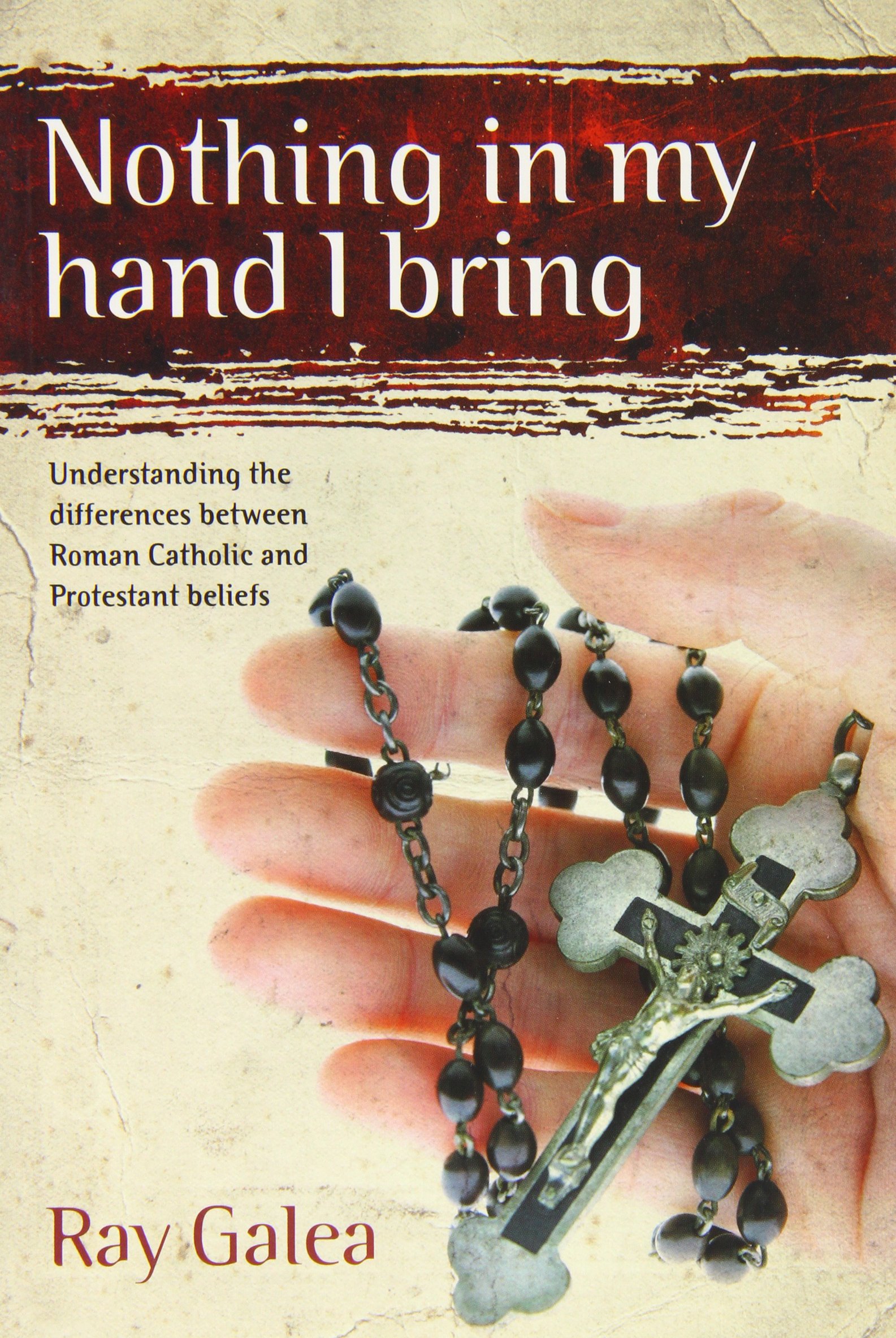 Promoting helpful Christian reading is important part of the Church’s responsibility to promote the announcement of good news. This post aims to promote a well-written resource for those seeking to better understand the differences between Roman Catholic and Protestant beliefs.

Nothing in My Hand I Bring became available in 2007 as a publication of Matthias Media. It was written by Ray Galea. A recipient of a thoroughly Catholic upbringing, Galea did not want to simply take His Catholicism for granted. He set out to investigate these differences between Protestant Christians and the Catholic friends, neighbors, and family among whom he was raised. The book is a re-tracing of Galea’s investigation; an investigation which led him to Christianity through faith in the Christ alone. This challenging and invaluable book is helpful for many reasons. Here are a few reasons why you should read this book.

1. Galea is gracious. It is no secret that religious discussion, comparison, and contrast leads people into conflict. Some of these conflicts boil into a warring words and unending strife. Argument, counterargument. Argument, counterargument. Galea’s book is different. While he does carefully interact with potentially offensive topics and opinions regarding Catholic beliefs – comparing and contrasting them with Scripture – his gracious approach helps readers think with him. Of course, anyone can be offended by

2. Galea is knowledgeable. Galea is not an outsider who claims to look keenly into the Catholic traditions and beliefs. His firm and articulate Catholic upbringing has poised him to write with true knowledge. This true knowledge, of course, helps Galea to rightly divide the truth of Scripture, as it pertains to Roman Catholicism. The book, therefore, is not merely a collection of stale arguments. Instead, the book presents a specific and detailed account of these religious differences. With this knowledge of Catholicism and the Bible, Galea addresses the Catholic views on Christ, the Mass, the Bible, the way of
salvation, the mother of Jesus, and much more.

3. Galea is focused on the truth. The same search for truth which led Galea to investigate his beliefs, also leads Galea to declare his findings from Scripture. In Nothing in My Hand I Bring, Ray Galea aims at and hits the right target: a winesome, reasonable, and wise account of the gospel as presented in Holy Scripture. And in the process, he effectively shows where the Roman Catholic doctrines drastically differ – doctrines which differ in such a way that they lead people away from salvation in Christ, and lead them to a fruitless attempt to earn God’s favor and forgiveness. Above all, this point makes the book a challenging and necessary resource. Catholics and Protestants will benefit from Galea’s thoughtful and purposeful points.

4. The book is short. 114 pages is not many and it makes this book an excellent recommendation to others. Even the slower or less interested reader can get through 114 pages. Additionally, Galea gives readers an engaging and well-paced read.

This is an excellent choice for anyone interested in understanding the similarities and differences between Catholics and Protestants. Most importantly, this book will every reader better understand exactly what the Bible does teach about God, life, and salvation. Get it. Read it. Pass it on.