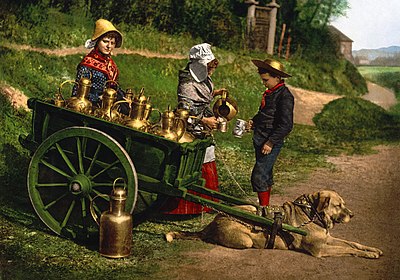 I don’t know many people who “peddle” the Word of God. Paul gave a clear exhortation to his crowd, reminding that they do not peddle the Word as others were doing. “For we are not like many, peddling the word of God, but as from sincerity, but as from God, we speak in Christ in the sight of God” (2 Cor. 2:17).

While I don’t know “many” people who sling the Christian message for personal gain, I certainly know of some who do that. I think of prosperity preachers and insensitive evangelists. It’s kind of amazing to think that people would “peddle” the truth, like cotton candy hawkers at the circus, but some do.

It’s easy to read Paul’s exhortation and think Oh, thank God I don’t do that. And, indeed, most of us don’t. But as I thought about this verse more, I began to draw some comparisons between what a peddler does, and I wondered if we might have more in common than meets the eye. There’s more to the act of peddling than a greedy interest to gain. I believe Paul also hints at the nature of peddling when he gives the “put on” instruction of how Christians are to give the Gospel to the world.

Aside from the salesmanship of the work, peddling involves a certain kind of disposition toward people. Do you see this in verse 17? By nature of the antithesis Paul uses, peddlers are insincere. They don’t have a sincere interest in the people they engage. They don’t really care about people, they just care about slinging the goods. Are well-meaning Christians sometimes like this too? I know that I have sometimes reverted backward to an insincere approach to evangelism and ministry. I have lost sight of people in the work of sharing good news. Instead of being a minister of truth, I have been (in this way) a peddler. My goal has, at times, become simply to get as much “product” to market as possible, with little thought or interest in the recipients of our message.

If nothing else, realizing this error ought to continually call us back to a uniquely caring, person-focused gospel ministry. We should be attuned to how our mission might drift from ministering the gospel to administering the gospel. You see, those are two different things. To administer is sort of to manage…to organize…maybe even to peddle. Administrators administer. Ministers minister.

So Paul tells us four ways we can minister (not peddle or administer) the Gospel. We should seek to: